Home / Useful Articles / How long should you wait after an interview before following up?

How long should you wait after an interview before following up? 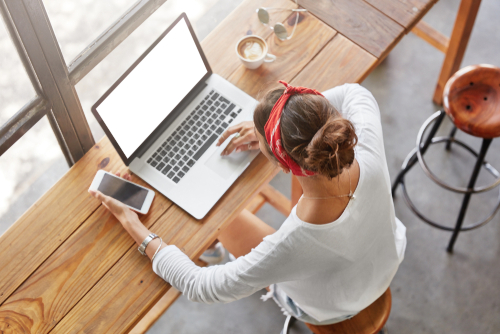 You’ve had the interview – now what?

Firstly, it is always great practice, where possible, to send a follow up email after being interviewed. This gives you the opportunity to clarify on some key points as well as show your enthusiasm for the role. For example, questions you may have forgotten to ask at the interview or adding some key points where you thought you didn’t answer a question fully.  As well, thank them for the opportunity, tell them how great it was to meet them etc. This shows enthusiasm for the role. At the very least, a follow up email or phone call shows you are a polite person.

Then the waiting game begins, which as we all know, can be frustrating!

You’ve done quite a bit of work on your resume for the apprenticeship or traineeship position that you really want, excitedly received the good news about being shortlisted, attended the interview, (perhaps did a follow up contact that evening or the next day) and you’re now eagerly awaiting the answer as to whether they’re going to offer you the position. But the phone isn’t ringing and your inbox is worryingly empty. Sound familiar?

If so, you’re not alone. Waiting for a prospective employer to contact you following an interview is often a difficult time for candidates, particularly when days or even weeks drift past. Sadly, some employers can be guilty of dragging their feet during the recruitment process.

It’s important to not put all your eggs in one basket at this stage and just keep applying for positions, because as we know, odds increase the more applications you make, plus it keeps your spirits up which is important because negativity is the ultimate enemy of the job seeker. What was it Winston Churchill once said? ‘when you find yourself in hell, just keep going!’  While you may not quite be in hell yet, there’s plenty you can do to focus forward in the meantime. For instance, here’s a great site to find plenty of Australian apprenticeship and traineeship opportunities and it also has plenty of tips on optiminsing your resume and job applications to ensure you slam-dunk the next job application – Apprenticeship Central.

Can a long waiting period be bad for employers too?

It’s not just one-sided when it comes to taking a long time to make a decision and employers may lose out on great candidates by dragging their feet.

A study conducted in the US by Robert Half revealed that a long post-interview response time is the most frustrating part of a job search for 57 per cent of people. Nearly one-quarter of respondents said they lose interest in the organisation if they’ve not heard back within a week, while 46 per cent are less enthusiastic if they have to wait up to two weeks. It’s true that the application process is often the first impression a candidate has of the company so if this process is sloppy, it’s not optimal.

CareerBuilder also released research to back up these claims, with only 26 per cent of businesses saying they proactively keep candidates in the loop at each stage of the recruitment process. Meanwhile 41 per cent of applicants expect to hear back even if they weren’t successful.

We’ve all been there. It’s been a week and no answer, not even an email. But what should applicants do to remedy the situation?

Okay, so you’ve sent a follow up email after an interview to thank the hiring manager for their time etc. How long should you now wait before getting in touch again?

First, if the employer provided you with a timeline of when they’d be making a decision, make sure this has passed before you follow up. You don’t want to pester the company, especially if you think you did well in the interview.

However, following up shows your enthusiasm about the position and there may have been a genuine mistake or hold-up that’s prevented them from contacting you. Once a day or two has passed after the indicated deadline, reach out to the person who interviewed you for an update.

The company should hopefully be able to give you an answer or provide a new timeline if there has been any hiccups during the process, which is often the case – human resources are often one of the busiest teams in any organisation.

If you don’t hear back from the business after you chased them up once or twice, then it might be best to cut your losses and assume you’ve been unsuccessful in your application. Don’t worry, you have all those other applications in the pipeline that you can focus on now.